Goalball is a challenging sport with equivalent benefits to any able-bodied team court sport. There are a few characteristics that make Goalball unique:

It truly is “the” blind sport as it was created specifically for the blind and visually impaired. It is an indoor court sport developed with the unique skills of visually impaired athletes in mind and is played around the world. Developed in 1946, Goalball has been played at the Paralympic level for almost 50 years!

Teams score by rolling an audible ball similar in size to a basketball passed the opposing team into the net. The opposing team – whose 9-metre goal spans the entire width of the court – dives to block the shot. With a heavy ball skipping at speeds up to 70km/h, it is a fast-paced and exciting sport!

Players (1 centre and 2 wingers) attempt to score as well as prevent goals and all wear eyeshades to ensure an even playing field of total sightlessness.

The ball weighs 1.25kg and contains bells embedded within and it is this, along with textured lines on the court, which help to orientate the players about the court.

Defenders use their sense of hearing to focus on the path and trajectory of the ball; so, while play is in progress, silence is enforced in the venue. The quieter the environment, the better players are able to concentrate and react to the ball. Cheering is permitted during stoppages, like after a goal is scored or an incredible save is made on a penalty shot. Upon the resumption of play, total silence is once again enforced.

Games last 24 minutes and are divided into two equal halves of 12 minutes each.

The court dimensions are 18m x 9m, the same as a volleyball court. 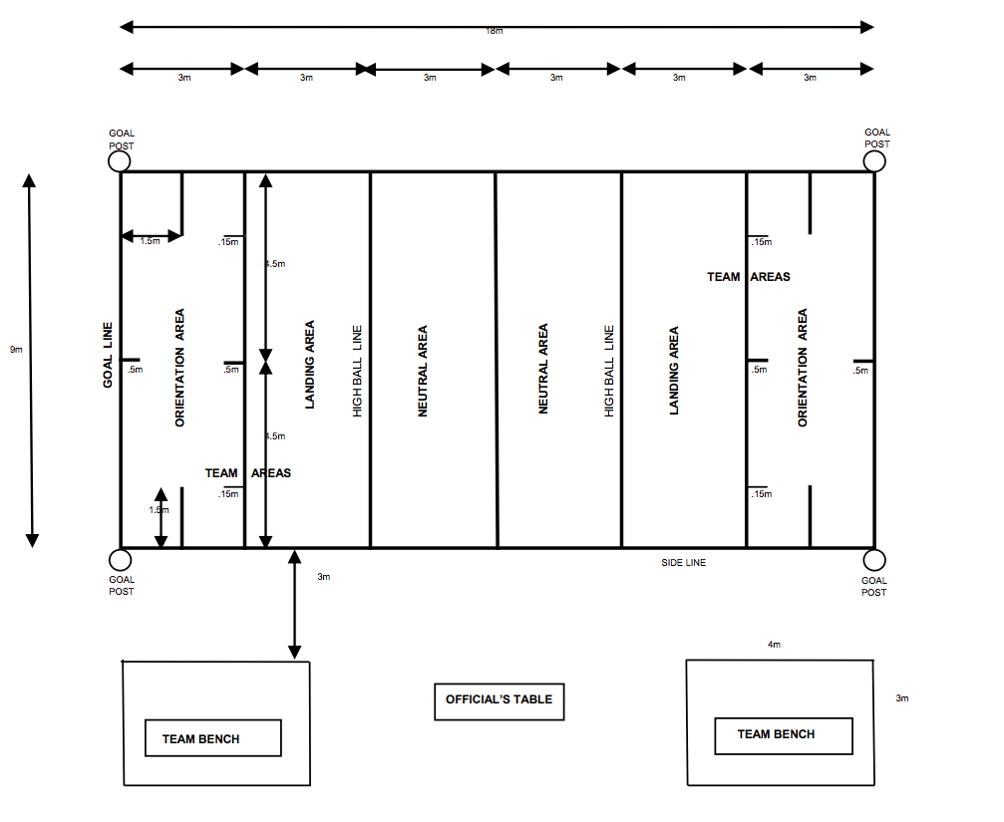 A penalty is served by removing two teammates from the court while the offending player attempts to defend one penalty thrown alone.

For more information about Provincial and National tournaments, visit our Events Calendar.